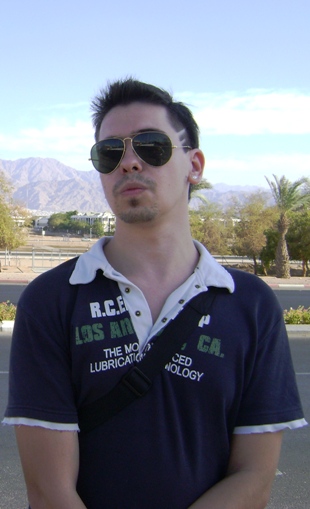 Vladislav WAXME started his artistical career in Minsk, Belarus, in 2000, playing guitar in a funk-rock band Jazzgrover and composing his own electronic tunes. His first remixes produced for the bands NEW JERUSALEM, NESTANDARTNY VARIANT as well as his original productions, have got positive results from critics and successful radio rate in Belarus.

From 2003 to 2005 WAXME makes parties in Minsk clubs, and in 2007 he creates 2 radioshows on air and internet broadcasting. His radioshow UPTEMPO on UNISTAR FM won a numerous auditory and strengthened his rating in country and abroad.

In 2008 S.Coma & Waxme project is started, successfully releasing singles on European labels. In 2009 WAXME together with S.Coma and Karen Karapetyan put out the "outstanding" remix to J.S. Bach "Aria in G", a track chosen to be included in a famous radio dance hits compilation worldwide - BEAT BOX DANCE by RadioVentures (NY) on one CD with such stars as Chicane, Dash Berlin, Snap!, Benny Benassi, The Disco Boys and others.

In summer 2009 Vladislav participates in the official Global Gathering Promo Tour in Belarus, warming the crowd before appearing of Tiesto, Dubfire, Axwell and others.

In 2009 fall Vladislav moves to Israel to continue his solo career in studio and stage with his new partners for 8 months As a result of his journey he gets new releases, the tracks are chosen to the next compilations such as "World Techno Sounds" or "Females at Work", new shows, acuaintances and contracts are here and coming.