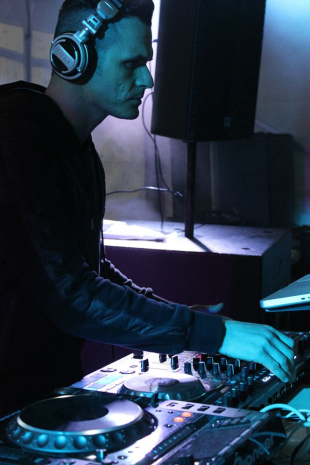 STANGER AUDIO is a project that has enabled producer and dj, James Ryan to develop his darker sound. Originally a live musician he turned his hand to djing in 2001 after being captivated by dj's such as Sasha and Jon Digweed. After initially running his own night "Insomnia" with his brother in the English lake district he taught himself how to dj and started sending out mixes to clubs across the UK. In 2004 he was runner up in the DJ mag superstar dj competition northern finals and was also runner up in Guy Ornadel's future heroes competition.

He has played at Turnmills in London, Sankeys and the Warehouse project in Manchester, and Bar M in Ibiza he has also played at various city's across the UK Including, Lancaster, Blackburn, Preston, Leeds and is a regular at the Wickerman festival in south west Scotland.

The switch to making music was a logical decision and after meeting good friend and producer Andrew Johnson he started to learn how to use reason before moving onto cubase, he has had various releases and remixes under the name James Ryan and after a few years away from house music with his electronic band he wanted to experiment with darker sounds so created STANGER AUDIO a no holes barred techno experiment.