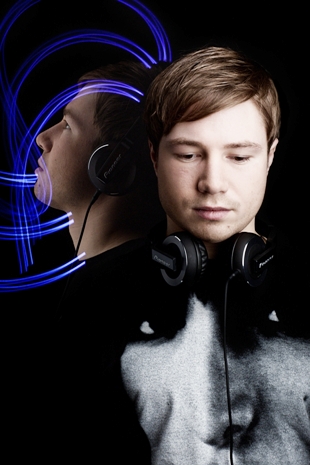 Crossing borders - these two words describe best Simon Schmalfelds style in producing music and DJing. Growing up as a child of professional musicians, feeling home in a large bandwith of musical styles and not giving much about genre borders result in a very unique sound that combines a base of pumping Tech House beats with influences of Elektro, Jazz and even Hip Hop.

After playing different classical instruments and being a guitar player in Nu Metal bands in his early years, it was in 2010 when he finally decided to realise his own vision of electronic music as a producer and presenting it as a DJ. The musical experiences of his childhood helped him to soon have his first releases and a growing number of DJ bookings.

In 2010 and 2011, he was a resident in two night clubs in Stuttgart and played almost every weekend, and so he soaked up the energy of the "Motor City". In late 2011, he moved to Lübeck, near Hamburg, to study Information Technology and Design and perfect his creative skills. Always loving the Hamburg Electro and Deep House styles, the recipe for creating a special electronic sound is now perfect and Simon Schmalfeld is ready to explore the rest of the world.