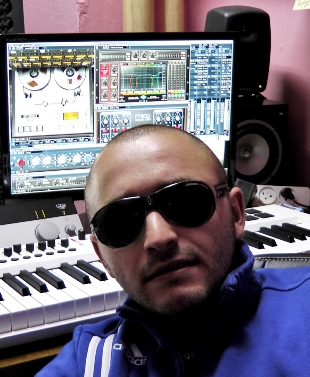 My name is Radion Gavrilov. I was born on December 11th 1984 in the former USSR. Ever since I was a little kid I had big passion to Music. When I was 16 Years old I started performing as a DJ in private parties just for the fun, most ware friends parties while I still managed to make a little amount of paid performances on other private parties.

So anyways in 2009 I decided to open a company that would produce Big Music Events/Festivals in Israel. Wanted to start with a big event for the holydays in Israel, to have some international artists play in one big event in Israel. I remember this like it was yesterday. I had two partners that wanted to invest in the company, I managed to do all the arrangements that was needed to start our first big event & it was time to close & sing all the deals but I guess that My partners ware not ready as I was. They had no background in the Music Industry (I guess that was the problem) so right before the beginning they’ve got cold feet & decided to get out of the business before even trying (They some how thought that an event with artists such as: Rank 1, Jochen Miller, Marcell woods & two other, would be a big failure).

Anyways since then our business paths have been separated & I’ve decided to try creating Music again. This time Seriously. 2009 was a great start for Me I guess. After all I started messing around with FL Studio on My Lap top PC, creating interesting stuff, playing around with all the features & trying to figure out the techniques to get what’s on My mind to a complete track. So I was self learning Day & Night, watching tutorials @ YouTube, Practicing all night long @ a Parking lot of our international Airport while waiting for My Girl Friend to finish her night shift. That was My routine for several months after which I decided to step up a notch & go from Amateur to Professional. I decided to go to a Music production Institute in Tel Aviv called BPM-Music Institute. Been learning there for a year, I’ve learned a lot there. From the basics of sound, acoustics, psychoacoustics to really understand the technical parts behind the creation of a complete Track. From the basics of production to post production, Mix engineering, Mastering.