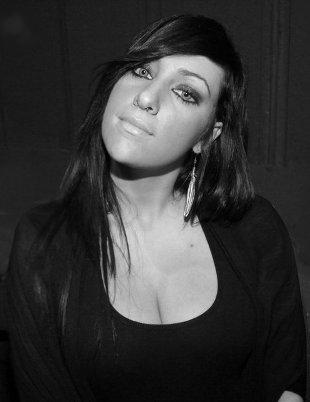 Miriam Macrì was born on 12 september 1989. She grow up in a different way than her peers.From 13 till yesterday, che cultivate a big interest for the music (house,deep,techno), influenced by italians and foreign musical currents.She spends her time in the best italians club.Meantime her music archive change,she was always looking for new style.

She decided to follow in a direct way music but she haven t got any equipment, a friend showed her how how to mix and told her some important concepts about djing.After this a long year of situations lead her in a particular state of mind. Only after she noticed that she needs to make and mix some melodies,that really represents her.

It is the beginnin of a rise of a music production, when she finished her first project "Away from the white sand", after a season spended in ibiza, in the winter "Instruction For Trippin" and "Morphose".The last track is called as her alter ego "metamorphosis ", a very interesting name for several reasons.First of all this name rapresented Miriam in all her sides, and have lots of point of view, she always change,but the most important thing is a continous musical envolving.