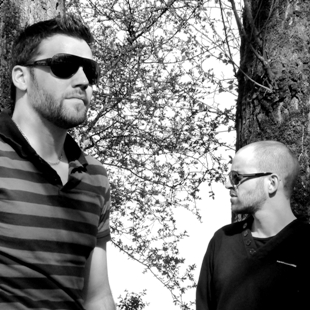 Tony Made and Vik Marty started the mix in the early 90's. At that time, one of them played House music while the other played Acid sounds. Their separate ways, they have played in the clubs busiest in Toulouse and the south-west of France, from Bordeaux to Perpignan via Mont de Marsan and Castres, allowing them to cross the road to big name like Jeff Miles, Laurent Garnier, Neil, Jack de Marseille, Jay & Vip etc…

In 2004 they met on the occasion of the evening "The electronic music against AIDS" in partnership with NRJ, where they discover their shared passion for underground sounds, Ranging from "minimal" to the "techno" through the "house" and "tech-house." They begin by sharing a weekly show on a local radio station in Toulouse, and soon the dates are linked. It was from that moment they decide to share their styles by creating a duo to share their universe. But soon the desire to create their own sound sets. They begin to produce their own tracks and their "DJ sets" approach more and more of the "Live" by combining samples, loops to create incisive rhythms and groovy sounds.

"Made & Marty" naturally takes birth in 2008, and they quickly exported to England, where they meet and sign in "D-ROM" for the compilation "Listen what you feel," released in June 2011, with the help of Inigo Surio aka Dj Largo. In the same time, they meet Will Addicts, the founder of the label WARF (Wave Addict Record France) and sign with him, their first track "Optimizer" on the "#WARF010" release.

Early 2012, they released their second compilation "In tape we trust!" for D-Rom and a remix "Andres Lima - Broken Walls - Made & Marty Remix" on the English label Beiak Records. They sign later "Iron", "Jazzer" and remixes for Bass Monta with "darling" and Articledisco with "thriller colors" and "down on me". 2013 is the year of the meeting with Phunk Investigation, they sign on Miniaturesrec label their pieces "Bulkheader" remixed by Max Freegrant. Since February 2012 you can find them once a month (first tuesday of the month) on the Web Radio "Strom:Kraft" for the "Strom:Kraft Theme Night" show.