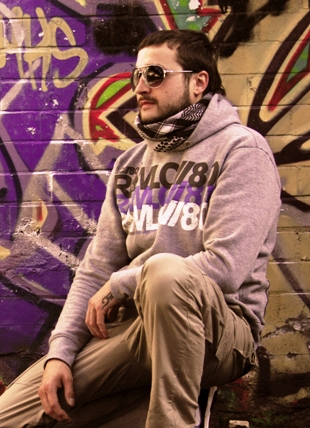 L.N.X. was born in Szczecin, Poland; a town very close to German east border. His music passion developed in childhood and is still one of the defining points of his life. At the age of 17, he was making his first music productions in a simple software 'Fruity Loops 3.0' and through it he went for more advanced programmes, such as Ableton Live, Cubase and Reason.

It was only five years ago, thanks to moving to the UK and consequently earning better money, that he was able to create his own small music studio and take his passion for electronic music to the next level. With years his studio grew and now apart from software he uses machines and samplers, which is a great help to a producer of this kind of music.

In 2008 he discovered a Micro-KORG Synthizer.Sounds from this machine were incredibly good for him and its collaboration with KORG ER-1 was amazing. Thus, just in early 2009 he released his first EP - Shadows on Optimum Rec. and a few months later the second one - "Like a Dream EP" on the same record label. In January 2011 he released the third ANNA EP on Gr8bass Rec.

In his pumpin-tribal-house-minimal pieces LNX gives a part of himself to the listeners, he gives what he feels. After a few years in a studio LNX has started playing his own and others’ material during parties in clubs around Edinburgh and all Scotland.