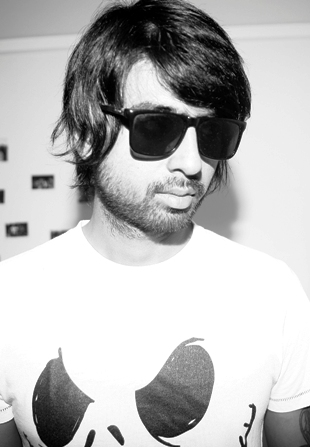 Five years after he was born in 1983, Indrino moved away from the metropolitan city of Jakarta, Indonesia with his family to live in Palembang, a small city in South Sumatra. When he was old enough to live alone, Indrino moved to Sydney, Australia.

He danced and hummed to a wide range of music genres but was not properly introduced to electronic music. When Daftpunk decided to include Australia as part of their World Tour, and finally got the chance to show off the incomparable psychedelic triangle set downunder, Indrino simply wanted to be part of the spectacle first hand. The extraordinary once-in-a-lifetime experience stirred him to produce tunes of his own.

Grateful for being forced to learn classical piano and jazz music, Indrino at least didn't have to start everything from zero knowledge. Nonetheless, he believed he could dig deeper to gain more about music by enrolling at Australian Institute of Music in 2008. He did a few band recordings for his university projects before he finally graduated in 2009, majoring in Audio Technology.

By the end of 2010, Indrino finally decided to pack away his bass guitar, an instrument that he has been plucking for 14 years, a companion that went through the experiences of being in a band with him and live act performances. He was soon started to get his hands busy with Ableton.

Indrino has produced sounds, which are driven by his affection of the dark vibe of Techno, vibrant tunes of House, syncopated Minimal beats and obscure Deep melodies.