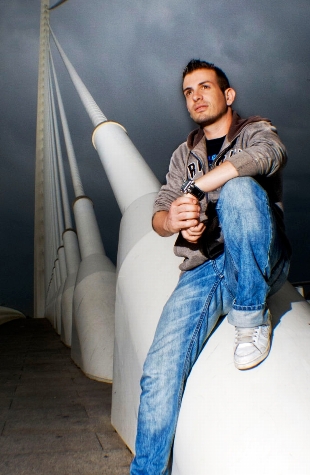 From very young this Valenciano felt the interest to be related to the world of music "translate your idea into music and share it with the world" that was his goal.

He started to mix in 1998 with a turntable ( vinyl ) and thus well a few years later began to grow and be part of a radio program on a local radio station, thanks in part to that and the great interest in integrating into the world of Dj was taking chances and taking advantage of them at various venues and clubs in Valencia where he gave vent to mix the rest of Spain and give opportunity to showcase their talents. Shortly after he moved ibiza destination, where in the next four years has grown progressively integrated into groups and agencies with which has been mixed in large rooms and afters of the white island.

In recent years has been working with Tech style - strong and Deep House - Tech diverse. Likewise Franz Gomez abused creativity and that is why in his sets explores other aspects of techno - house doing yet more entertaining and diverse.

Also a producer, where it already has productions on various labels from Spain, America and what is to come.

With over a decade in touch with the music and having already experimented with other aspects of the electronics can say it is a Dj experienced, eclectic and long distance, projecting his musical career in other continents either their production or their actions.