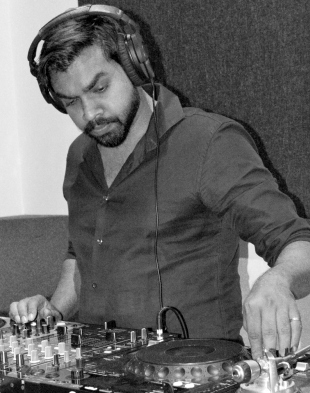 Asif AKA Devious, born and bought up in a south indian household, has always had the ear for classical and cultural based sounds. In 2002, he came across Fruity loops and Ableton and started composing. He always dreamt of infusing indian and middle eastern melodies with electronic beats and sounds. All this became a reality after completing his audio engineering degree. He collaborated with friends and released an experimental album called the Mutiny, which aired on FM Radio stations in Dubai. From then he worked with a no. of recording studios and collaborated with entities associated in the film industry and released a few indian based albums.

Devious now runs a school called Mixlabs in Bangalore, India, where he teaches Electronic Music Production and DJing. He now produces deep, house, and techno, again infusing melodies from his classical and cultural influences to create explosive beats, melodies and driving basslines, that is sure to light up the dance floor.