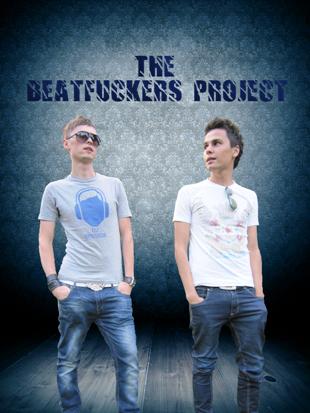 The Beatfuckers - absolutely new DJ's b2b project of charisma, talented, industrious musicians - DJ AleksSmart & DJ Glassper. The creative union of boys exists from 2009. For this time they highly rose in the professionalism and created it - unique is style of game. Every appearance of duet is sensation, giving the storm of positive emotions and mass of the unforgettable impressions. In the creation deejays inlay the particle of the soul and expose you the world view.

The real names of musicians are Alexander Yurko (DJ Alekssmart) and Roman Drevs (DJ Glassper). Increased trainings they on fine mastered a theory and practice of dj place. Creation of Beatfuckers is based on creation of high-quality product, answering the modern tendencies of club dance music and different the special energy. Boys became acquainted on Dj`s battle. When they understood that their vision of creation and methods of report the people of the ideas coincided, decided to create a duet. A collective does not decide on attained and develops constantly, mastering new musical directions.

The first club in which they came forward as dueta was a club "Forsage" (Kiev). With further appearances trade of appearances was sharpened and love of public grew to the project. With appearance of talented producer Beatfuckers project went out on a new level, that allowed to work with prominent clubs.